Ability to sell string in shop, update to 1.14 or 1.15 (please there's so many cool blocks and stuffs), be able to sell netherrack for at least some amount of money, add more spawner types to the shop, ability to sell things individually, not just in stacks, expand world border, add achievements or quests to complete and get rewards, add new/more items to vote crates, marry plugin , ability to buy custom heads from shop to use to build such as an apple head, shorten cooldown time for kits, flying to be accounted for in adventurer job, ability to buy more homes with ingame money, ability to afk without getting put in lobby, ability to obtain tags without needing to purchase with real money, make spawners a bit cheaper, idk if this is a plugin or what but I was on a server before where you could like click a chest with a stick or something and it'd sell all the chests contents (useful for farms), ability to use crafting tables and enchantment tables in others claims, trading system, drop parties, rewards for time played/online, daily rewards (not the mystery boxes), /repair command for a cost, furniture plugin, /baltop cuz idk, minigames of some sort or something where you can win prizes or money 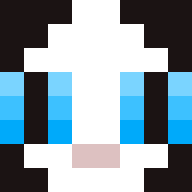 TheCynicalKitty
Squire
Version Update
Ok so, Updating to 1.14/1.15 causes issues (especially on 1.14) with stability the other thing we have to take into consideration is that alot of the plugins we use may not be available on 1.14/1.15 yet as alot of devs kinda throwing the towel in we would have to hire some devs to fix plugins that ain't being maintained by there original developers

Increased World Size
World Border is fine currently its 20k x 20k iv seen servers with 100 players on this scale of a map, and there still plenty to explore

Achievements / Quests
Planned but no ETA on those as i want to make sure we obtain the right plugin before moving forward, Last thing we want to do is spend money where we dont need to.

Crates
Vote Crates / Crates in general are in the midst's of being revamped so this change will come soon.

Buyable Custom heads
Custom heads in the shop is a possible idea, I was thinking more of bounties and turning the heads into a bounty board, This would be a custom plugin but also again requires costs I dont quite have yet

Shorter Kit Times
The kits times are set to what they are to avoid abusing them for money, This isn't planned to change but we will see what the general consensus is once we have more players, the economy needs to remain balanced and getting "kits" as often as you'd like could break this

Entire Chest selling with stick
Chest selling is a plugin and most likely a custom one, This would require a dev to make this for us as, but i'll keep my eyes peeled.

Flying to be accounted for in adventurer job
This i cannot control unfortunately, as its part of the Jobs plugin were using, Iv looked into this and see no way to let it account for fly time.

Ability to afk without getting put in lobby
Right now AFKing doesn't move you to the lobby although it says it does this is mainly because of how the plugin registers commands and its broken, it will however move you to spawn, (Also this feature is a Knight Rank Feature of not being AFK tagged at all).

Ability to obtain tags without needing to purchase with real money
This is planned for the quests and network levels once i manage to fix those.

Use crafting tables and enchantment tables in others claims
I'll look into this as they did work at one point but not sure what broke it.
This could also be the same issue for wolfs aswell.

Trading system
Already seen the plugin i want just no money for it.

Drop / Vote parties
Was actually messaging the Dev of our current voting plugin on how i would get this to work, this is being looked into

rewards for time played/online
This is planned along side quests and the network levels (exp for play time etc).

/repair command for a cost
I dont personally see this as something worth having but if its requested enough, I'm sure i could find some way to add a repair vendor at spawn.

Furniture plugin
I'll look into this but if you know of any throw them my way ill decide more carefully on it.

KnightSips is a Minecraft network who thrives on players enjoying their experience. we are constantly creating new content to please our players. KnightSips has a staff team which consists of the best developers in the community, professional management team and of course, our helpers, mods and administrators. KnightSips is in no way affiliated with Mojang or Minecraft.

Enjoyed your time on the KnightSips Network Donate and help our server grow, all funds go towards our networks growth and development.